The Pope and Capital Punishment 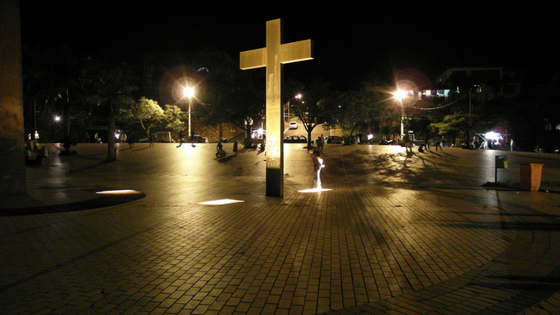 As of August 2, Pope Francis issued a declaration stating that the death penalty is unacceptable for the punishment of criminals, in all instances. This is to say, regardless of the crime committed.

A  thoughtful reading of this Vatican Files post, Evangelical Perspectives on Roman Catholicism will exhibit, to some extent, how a religious leader claiming to speak with authority for the Lord Jesus Christ can arrive at such a position.

For any Christian scholar or reader, this is both enlightening and disturbing.  For it is clear that, the Pope (may we add, known to God as just another ordinary man by the name of Jorge Mario Bergoglio) has been influenced so heavily by varying voices outside of the Word of God that, he lacks rooted, firm, decisive beliefs of his own; and thus he is like the waves of the wind-tossed sea (Ephesians 4:14).

Secondly, he has clearly become a leader far more fixated on pleasing people and seeking to be an advocate of what they feel they need, rather than on pleasing God in intellectual and practical submission to foundational biblical truth.  For, to this day, it does remain a baseline of biblical truth to accept the charge of God stated in Genesis 9:6 that, “Whoever sheds the blood of man, by man shall his blood be shed, for God made man in His own image.”

For one to describe capital punishment as treating human life without dignity is evidence of a sound moral compass being missing in the Pope’s conscience, which has evidently been supplanted by a twisted and damaged one.  The fact is, the dignity of human life requires the death penalty for those who murder a human being.  For there is no appropriate expression or response to the egregious wrong of the act of murder but to forfeit your own life for so doing.   The dignity of human life, as the image of God, is something so exalted that we honor it by imposing the severest of consequences on those who take it unlawfully.

Further, to make the focal point of a conversation about dignity in these matters revolve around having a higher regard for the life of the perpetrator rather than the victims of such crimes, is in itself a rude slap in the face to all who have suffered the loss of loved ones through an act of homicide.

It’s remarkable that a Pope would dare to speak against the practice of capital punishment, when for so much of his Papal career he has spoken highly of Marxist regimes notorious for using summary executions as their political weapon of choice – and not to do away with murderers, but merely to rid their regime of outspoken individuals who differ with or question their policies.  What could possibly more vividly expose the fatal flaw of the doctrine of Papal infallibility?

A Long History of Contradictions

There is a glaring, all-too-obvious contradiction of this Pope’s opinion with that of those who occupied his office in past centuries, men who gleefully both ordered and oversaw the execution, not of criminals, nor murderers, but alleged “heretics”, declared as such for differing with them.  If capital punishment is inappropriate in all circumstances, then Protestants George Wishart, Hugh Latimer, Nicholas Ridley, Thomas Cranmer (among others) and one no less noble than William Tyndale are awaiting an appropriate apology and refund.