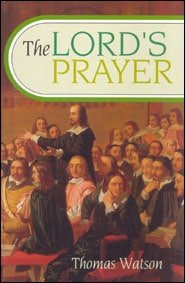 In The Lord’s Prayer Watson analyses in detail the preface to the prayer and the six petitions which it contains.

In The Lord’s Prayer, Puritan master Thomas Watson analyzes, in detail, first the Preface to the Lord’s prayer and then focuses mostly on the six petitions which it contains. His treatment of the words ‘thy kingdom come’ is exceptional full, illuminating and stirring. Like all great books on prayer it provides practical help because it concentrates on biblical instruction.

Thomas Watson (1620-1686) was rejected from his pastorate with the Act of Uniformity in 1662. He continued to preach in private whenever he had the opportunity. In 1666, after the Great Fire of London, Watson prepared a large room for public worship, welcoming anyone who wished to attend. After the Declaration of Indulgence took effect in 1672, Watson obtained a license for Crosby Hall, Bishopsgate, which belonged to Sir John Langham, a patron of nonconformists. Watson preached there for three years before Stephen Charnock joined him. They ministered together until Charnock’s death in 1680.

Watson kept working until his health failed. He then retired to Barnston, in Essex, where he died suddenly in 1686 while engaged in private prayer. He is buried in the same grave as his father-in-law who served as a minister at Barnston. Watson’s works are a legacy that have continued to be a blessing to those who love sound, heart-searching exposition of the Scriptures.