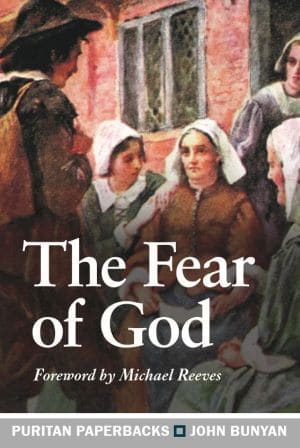 The Fear of God (John Bunyan)

Published the year after his Pilgrim’s Progress, in 1679, Bunyan’s Treatise on the Fear of God takes a widely misunderstood and neglected theme, wipes off the grime of confusion, and lets it sparkle. And sparkle really is the word: where most assume that the fear of God must be the gloomy theological equivalent of eating up your greens, Bunyan shows what a delightful and helpful subject it is.

The Fear of God

A Treatise on the Fear of God: What It Is, Who Has It, What Its Effects Are

Also, the Privileges of Those Who Have It In Their Hearts

Published the year after his Pilgrim’s Progress, in 1679, Bunyan’s Treatise on the Fear of God takes a widely misunderstood and neglected theme, wipes off the grime of confusion, and lets it sparkle. Most assume that the fear of God is a product of gloomy theology, but Bunyan shows what a delight it is. The greatest security and peace to be enjoyed in this life is known only by those who possess the fear of the Lord.

John Bunyan was born in Elstow, near Bedford, in 1628, the son of Thomas Bunyan and Margaret Bentley. He followed his father into the tinker’s trade but rebelled against God and ‘had but few equals, both for cursing, swearing, lying, and blaspheming the holy name of God’. As a teenager, he joined Cromwell’s New Model Army, but continued his rebellious ways. His life was saved on one occasion when a fellow-soldier took his place at the siege of Leicester, and ‘as he stood sentinel he was shot in the head with a musket bullet and died’.

Discharged from the army after three years, Bunyan married a God-fearing woman (whose name is unknown) in 1648, who brought two books to the marriage: The Plain Man’s Pathway to Heaven (Arthur Dent) and The Practice of Piety (Lewis Bayly). These convicted Bunyan of his sin and he made attempts to reform his life. But he realized that he was lost and without Christ when he came into contact with a group of women whose ‘joyous conversation about the new birth and Christ deeply impressed him’. In 1651 the women introduced him to their pastor in Bedford, John Gifford, who was instrumental in leading Bunyan to repentance and faith.

That same year he moved to Bedford with his wife and four children, including Mary, his firstborn, who had been blind from birth. He was baptized by immersion in the River Ouse in 1653. Appointed a deacon of Gifford’s church, Bunyan’s testimony was used to lead several people to conversion. By 1655 Bunyan was himself preaching to various congregations in Bedford, and hundreds came to hear him. John Owen said of him that he would gladly exchange all his learning for Bunyan’s power of touching men’s hearts.

In the following years, Bunyan began publishing books and became established as a reputable Puritan writer. When his wife died at a young age, his writing temporarily halted. He remarried in 1659 to a godly young woman named Elizabeth, who would be a staunch advocate for her husband during his imprisonments. For in 1660 Bunyan was arrested for preaching without official permission from King Charles II.  He would spend the next 12½ years in Bedford County Gaol.

Although a time of much suffering, Bunyan’s years in prison were productive, for he wrote extensively, with only the Bible and Foxe’s Book of Martyrs beside him, publishing such titles as Christian Behaviour, The Holy City and A Defence of the Doctrine of Justification. Of particular significance for his life-story was Grace Abounding to the Chief of Sinners, which chronicled his life up to the time of his imprisonment.

He was eventually released in 1672, and took up his pastorate in Bedford, having been appointed by the congregation the preceding January. After some fruitful years of ministry, in March of 1675 Bunyan was again imprisoned for preaching publicly without a license. It was during this imprisonment that he began the first part of his most famous book, The Pilgrim’s Progress.  It would sell more than 100,000 copies in its first ten years in print.

Released in 1677, Bunyan spent the last ten years of his life ministering to his congregation and writing. Bunyan was prolific late in light, publishing ten books in the final three years of his life.

In August 1688, after successfully mediating in a disagreement between a father and son, as he was riding from Reading in Berkshire to London, Bunyan caught a cold and developed a fever. He died at the house of his friend John Strudwick, a grocer and chandler on Snow Hill in Holborn.

Bunyan’s other writings found here at Grace & Truth Books include: