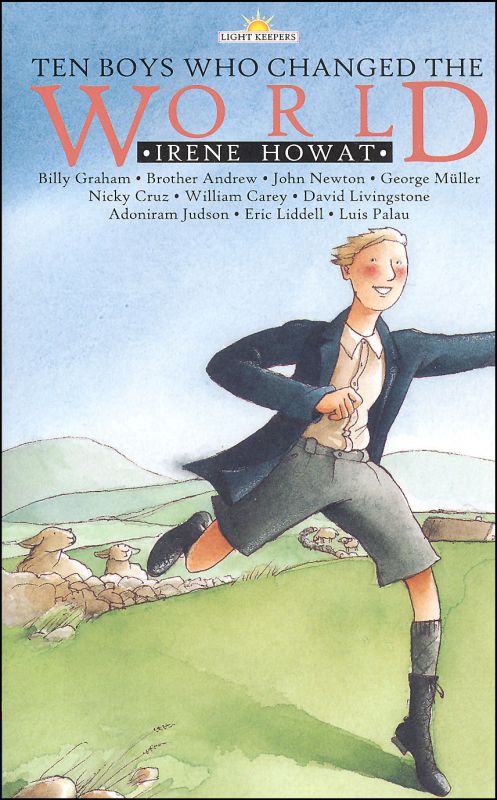 Ten Boys Who Changed the World

Ten Boys Who Changed the World

Short stories of ten boys who grew up to become men of great influence, used by Christ to change the world in their times. Each short biography is 10 to 12 pages – designed for children 7 to 12.

Find out how Eric won the race and honored God in doing so! David became an explorer and taught the Bible where no one ever had before. Adoniram praised God even in prison. Nicky joined rough boy’s gangs but then joined the church. William translated the Bible and brought it to India.

George rescued orphans and was trusted by God with millions to serve them. Andrew smuggled Bibles into Russia and brought hope to thousands. John captured slaves but God changed him and used him to set them free!

Ten Boys Who Changed the World includes the lives of:

Other books in Irene Howat’s Lightkeepers Series for boys include:

You can also get all the volumes together, in one Lightkeepers Boxed Set  – which means you’ll have 50 biographies of famous boys!  It can be seen pictured below.

And! – Irene Howat has a matching set of books by the same titles for girls!

Irene Howat is an award-winning author and a talented artist in Ayrshire, Scotland. She is married to a retired minister and they have a grown family. She especially enjoys receiving letters from her readers and replies to all of them.   She has written all ten volumes of the Lightkeepers Series, containing 50 biographies of boys and 50 biographies of girls.