View cart “Meditations and Disquisitions Upon Certain Psalms (Sir Richard Baker)” has been added to your cart.
Sale! 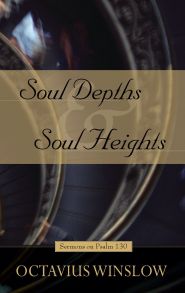 Psalm 130 is perhaps the best known of all the Penitential Psalms. It contains the ardent prayer of a man who is distressed by a sense of God’s anger against sin: by an earnest, penitent turning to God, he longs for the forgiveness of his iniquities.

But this Psalm, perhaps more than any other, is also marked by a steady upward progression: depth; prayer; conviction; light; hope; waiting; watching; longing; confidence; assurance; universal happiness and joy. Just as the barometer marks the rising of the weather, so each sentence of this Psalm records the progress of the soul.

Psalm 130 is perhaps the best known of all the Penitential Psalms. It contains the ardent prayer of a man who is distressed by a sense of God’s anger against sin. But with an earnest, penitent turn to God he longs for the forgiveness of his iniquities.

This Psalm, perhaps more than any other, is also marked by a steady upward progression. Depth; prayer; conviction; light; hope; waiting; watching; longing; confidence; assurance; universal happiness and joy. Just as the barometer marks the rising of the weather, so each sentence of this Psalm records the progress of the soul.

Octavius Winslow (1808-1878) was one of the best-known Nonconformist ministers of the 19th century in England. He held pastorates at Leamington Spa, Bath and Brighton. Winslow was one of the preachers at the opening of Spurgeon’s Metropolitan Tabernacle.  He is also author of Personal Declension and Revival of Religion in the Soul.

In the preface to his book Soul-Depths & Soul-Heights: Sermons on Psalm 130 Octavius Winslow, the popular nineteenth-century writer and preacher, tells us that he had not met with ‘any consecutive exposition of this Psalm’ other than John Owen’s. He believed that treatise ‘left room for a more simple and popular exposition of the great truths which, in so limited a space, this remarkable Christ-unfolding Psalm contains.’  This need Winslow has attempted to supply.

The first of the nine chapters, entitled ‘Soul-Depths’, the reviewer found especially helpful. In it the writer, after carefully distinguishing between the depths of temporary adversity and mental distress that the unregenerate experience and the depths of God’s people, focuses on the causes of the depths of the believer: indwelling sin and its outbreaks, mental darkness, despondency and physical factors. He deals also with the unpardonable sin, the doctrine of election, the depths of Satan and the afflictions and trials common to God’s children.

Prayer Out of Soul-Depths – Contrition and Confession

In chapter 2, ‘Prayer out of Soul-Depths’, Winslow speaks of the believer ‘hanging upon Deity’ and the need to pray to be preserved from ‘soul-depths’. Chapter 3 is entitled ‘Contrition and Confession’. The starting point here is the holiness of God and how this is seen in a particular way in the sufferings and death of Christ. He then goes on to speak of contrition and confession and how the gospel is the answer to the question posed in this verse: ‘If Thou, Lord, shouldest mark iniquities, O Lord, who shall stand?’

Chapter 4 deals with ‘Forgiveness and Fear’ and describes in a most helpful way the moral effect of forgiveness, the character and number of the sins forgiven, and the riches of grace. He concludes with the subject of fearing the Lord. He writes:

That which gives us the clearest, deepest and most solemn view and conviction of God’s holiness and love, inspires the most effectually a holy, filial, loving fear to offend Him.

Waiting and Watching / Waiting for the Morning

Chapter 5 deals with the Object of David’s waiting, his posture in waiting, and the Bible as the ground of his waiting. Chapter 6 is entitled, ‘Waiting for the Morning’, and we are directed to several mornings: the Lord’s first Advent, conversion, after affliction, after a night of spiritual and mental darkness, the brightest and best morning (of entering heaven), and the morning of the resurrection.

Hoping in the Lord / Final and Full Redemption

Chapter 7 deals with ‘Hoping in the Lord’ and speaks most helpfully of the object, character and encouragement of the Christian’s hope and exhorts us to make sure of our hope and guard against contrary influences. Chapter 8, ‘Final and Full Redemption’, directs us to Israel’s Redeemer: his appointment by the Father, his fitness to redeem, his love and redemption from the curse, guilt and power of sin, so that ‘there is no condemnation’ for the believer. We are also reminded that full and final redemption is still future.

Chapter 9, ‘Soul-Heights’ is based on Habakkuk 3:19: ‘The Lord God is my strength, and he will make my feet as hind’s feet.’  The writer sees this to be in such close harmony with the teaching of the Psalm as to be a fitting conclusion. Here he speaks of the ‘high place’ of conversion, God’s love, what is found in Christ, communion with God, and of joy even in affliction and sorrow.

Overall the reviewer found this a most helpful book and believes it will be especially so to those who have the nature of Mr. Fearing and to those who do ‘business in deep waters.’

Other Books by Octavius Winslow: