View cart “The Narrow Way: Examining Both Heaven and Hell and the Message of Eternal Salvation in Jesus Christ (William Nichols)” has been added to your cart.
Sale! 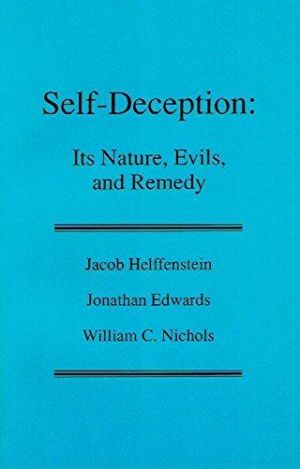 Its Nature, Evils, and Remedy

By Jacob Helffenstein, Jonathan Edwards, and William C. Nichols. “Among the twelve apostles there was a traitor. Among the thousands numbered as converts during the great revival which commenced on Pentecost, there were an Ananias and a Sapphira.  In almost every church, however pure, are perhaps some whom a deceived heart hath turned aside.”

So writes Jacob Helffenstein in one of the most piercing books on the topic of deceiving one’s self to be written in the last two hundred years. Helffenstein explores the numerous ways in which professors of religion are deceived about their eternal salvation.

The volume also contains a sermon by Jonathan Edwards entitled Persons Ought to Endeavor to Be Convinced of Sin.  The book concludes with a section by William C. Nichols on Seeking God.

Jacob Helffenstein (1802–1884) was born in Philadelphia, Pennsylvania. He was the third son of Dr. Samuel Helffenstein, from a family of ministers. Jacob pastored the church in Chambersburg and Fayetteville, Pennsylvania from 1838–1841. From 1842–1869 he moved to the Market Square Church, a Reformed Church of Germantown, PA. In 1856 he changed the church to Presbyterian after dissenting about Mercersburg Theology because it had a tendency toward Romanism.

Jonathan Edwards (1703–1758) served the Northampton Congregational Church in Massachusetts for twenty-three years. Late in life he moved to the missionary outpost to the Mohawk and Mohican tribes. In 1758, he became president of the College of New Jersey, now known as Princeton University. Edwards is widely acknowledged to be America’s most important and original philosophical theologian and one of America’s greatest intellectuals.