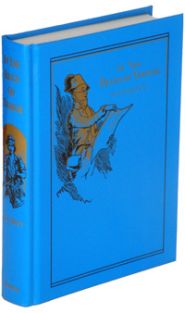 In The Reign Of Terror: A Story of the French Revolution (G. A. Henty)

Harry Sandwith, a Westminster boy, becomes a resident at the chateau of a French marquis, and after various adventures accompanies the family to Paris at the crisis of the Revolution. Imprisonment and death reduced their number, and the hero finds himself beset by perils with the three young daughters of the house in his charge. After hair-breadth escapes they reach Nantes. There the girls are condemned to death in the coffin ships, but are saved by the unfailing courage of their boy-protector.

In The Reign Of Terror

A Story of the French Revolution

Harry Sandwith comes to live in the chateau of a French marquis, and after various adventures, accompanies the family to Paris at the crisis of the Revolution. Imprisonment and death reduce their number, and the hero finds himself beset by perils with the three young daughters of the house in his charge. After narrow escapes they reach Nantes, where the girls are captured and condemned to death in the coffin ships, but are saved by the unfailing courage of their boy-protector.

The storming of the Bastille on July 14, 1789 signaled the beginning of the French Revolution. Within three years, the king was executed, and the following year a revolutionary tribunal was established to judge “enemies of the people.”  Led by Maximilian Robespierre, the Jacobins sought to establish a so-called “Republic of Virtue”, where all citizens would possess pure morals, high ideals, and unselfish patriotism. In alleged pursuit of such “virtue”, the property of many nobles was seized and people accused of being anti-revolutionary were tried and sent to the guillotine.

Known as “The Reign of Terror”, everyone associated with the monarchy, anyone who expressed royalist views, and people who opposed the committee faced potential execution.

Harry Sandwith becomes a companion to the sons of a French aristocratic family and leaves England to join them. He wins the confidence of the family by saving their daughter from a mad dog. The Revolution takes its ugliest turn yet, and the Terror engulfs the whole family. Beset by perils, Harry becomes the protector of the three daughters at the house in his charge in Paris.  After harrowing escapes, they reach Nantes where the girls are condemned to death in the coffin-ships. Harry gives no thought to his own life to save the girls and the boy-protector gets them safely to England. He marries the youngest of the trio after completing medical training and following his father into the medical profession.