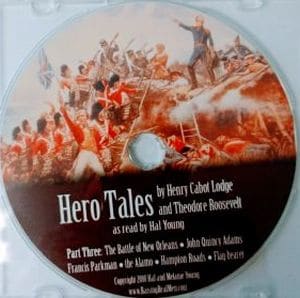 Part 3 includes the stories of:

Henry Cabot Lodge was an American politician from Massachusetts and the first U.S. Senate majority leader.
Henry Cabot Lodge was born on May 12, 1850, in Beverly, Massachusetts. A recipient of the first Ph.D. in political science awarded by Harvard University, Lodge served in both the U.S. House of Representatives and Senate, and served as the first Senate majority leader. Cabot is most remembered for his opposition to the League of Nations and, thusly, the Treaty of Versailles. He died in 1924.

Theodore Roosevelt was a New York governor who became the 26th president of the United States.  He is widely respected as a war hero, a transformative influence on American foreign policy, corporate reforms and for protection of the environment, doubling the size of the National Park system. At the age of 42, he became the youngest man up to his time to attain the office of U. S. President. He was also a prolific author and storyteller.