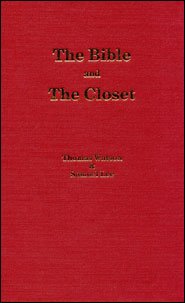 The Bible and the Closet (Thomas Watson & Samuel Lee)

Two short treatises by practical and readable Puritan pastors, on the importance of Scripture reading (Watson) and secret prayer (Lee). Long one of the most cherished classics on the subject.

The Bible and the Closet

Two short treatises by practical and readable Puritan pastors.  The first, on the importance of Scripture reading (Watson) and secret prayer (Lee). The Bible and the Closest has long been one of the most cherished classics on these two subjects

Thomas Watson (1620-1686), the Puritan preacher and author, was born in Yorkshire. He studied at Emmanuel College, Cambridge (BA, 1639; MA, 1642), where he was apparently a diligent student. Certainly his intellect is apparent in his writings, which show a profound grasp of the English language, as well as a solid understanding of Hebrew, Greek, and Latin. He quotes from the early church fathers, and his familiarity with the breadth of the scriptural canon is stunning. Cross-references from the entire biblical corpus are sprinkled throughout his sermons, revealing a deep understanding of many texts obscure to most modern day Bible students. A solid understanding of history, botany, medicine, physics, the classics, logic, and various trades are revealed in his sermons.

After living for a time with the Puritan family of Lady Mary Vere, the widow of Sir Horace Vere, Baron of Tilbury, in 1646 Watson went to St. Stephen’s, Walbrook, London, where he served as lecturer for about ten years, and then as rector for another six years. In about 1647, he married Abigail Beadle, daughter of John Beadle, an Essex minister of Puritan convictions. They had at least seven children in the next thirteen years, four of whom died young.

Through Times of War

During the Civil War, Watson began expressing his strong Presbyterian views. He had sympathy for the king, however. He was one of the Presbyterian ministers who went to Oliver Cromwell to protest the execution of Charles I. Along with Christopher Love, William Jenkyn, and others, he was imprisoned in 1651 for his part in a plot to restore the monarchy. Although Love was beheaded, Watson and the others were released after petitioning for mercy.

Watson was formally reinstated to his pastorate in Walbrook in 1652. Spurgeon says of him:

Watson executed for nearly sixteen years the office of a faithful pastor with great diligence and assiduity. Happy were the citizens who regularly attended so instructive and spiritual a ministry. The church was constantly filled, for the fame and popularity of the preacher were deservedly great. Going in and out among his flock, fired with holy zeal for their eternal welfare, his years rolled on pleasantly enough amid the growing respect of all who knew him.

With the Act of Uniformity in 1662, Watson was ejected from his pastorate. He continued to preach in private whenever he had the opportunity. In 1666, after the Great Fire of London, Watson prepared a large room for public worship, welcoming anyone who wished to attend. After the Declaration of Indulgence took effect in 1672, Watson obtained a license for Crosby Hall, Bishopsgate, which belonged to Sir John Langham, a patron of nonconformists. Watson preached there for three years before Stephen Charnock joined him. They ministered together until Charnock’s death in 1680.

Watson kept working until his health failed. He then retired to Barnston, in Essex, where he died suddenly in 1686 while engaged in private prayer. He is buried in the same grave as his father-in-law who served as a minister at Barnston. Watson’s works are a legacy that have continued to be a blessing to those who love sound, heart-searching exposition of the Scriptures.

Samuel Lee graduated from Yale Divinity School in 1827 and went on to serve as pastor of the Evangelical Church at Sherborn, Massachusetts.  Later in life he served in the same role at the Congregational Church of New Ipswich, New Hampshire.