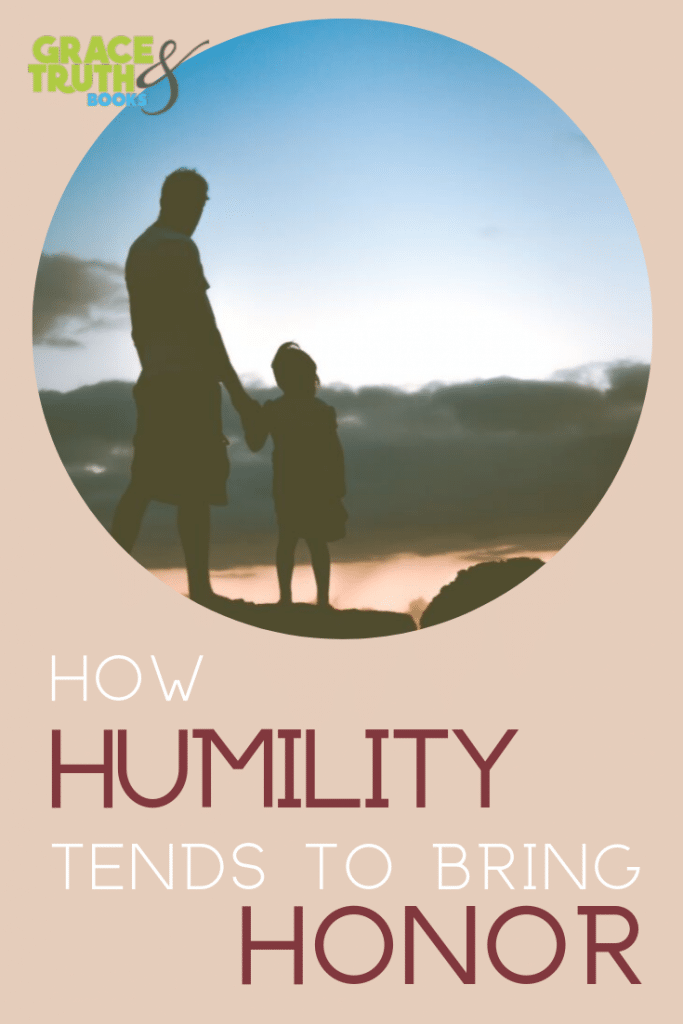 How Humility tends to bring Honor

We’re known widely as speakers and exhibitors at homeschooling conventions these days.  But the first time we ever took our book business to a homeschooling convention was April 1994, when we set up on a little six-foot table at Baton Rouge for the Louisiana state conference.  Our anticipated profits were going to be pretty small stuff, so we stayed in the home of friends instead of a hotel.  We weren’t making enough in those days to be paying for hotels.

When we arrived at our long-time friend’s home, the wife was preparing dinner for us.  Her husband was on his way home from work.  In a phone call, we heard her request that he stop at the store and pick up a couple of items she needed to finish making dinner.

30 minutes later he walked in the door.  I think you know what’s coming next in the story.  He was, of course, empty-handed.  “Honey, do you have the (milk & sugar)?” (or whatever it was she had asked him to stop and get).

I’ve never forgotten what he said then:

“Oh dear. I let it slip my mind and blew it.  I apologize, and I will go right back out and get those.”

There’ s nothing particularly striking about him forgetting.  Many a man has done that!  But it was what followed that has made this moment memorable to me.  As he whirled back to the door and headed to his car to correct the neglected errand, I saw his wife smile.  She was not upset that dinner was now to be delayed briefly; it was no big deal to any of us.  I said, “Let me go with you” and headed for the car to accompany him on the ride to the store.  But just before closing the garage door, I faintly heard one of his children said to the others as we left, “What a great guy Dad is.”

What about this moment would bring out such words of honor?  Because Dad forgot the milk and sugar?  Not hardly – but don’t miss the rare element in his words.  For they had just heard in Dad what they had apparently seen over and over, as commonplace in his life: a plain, unvarnished demonstration of his commitment to truth.  In this instance, truth showing in the form of the gospel fruit of accepting responsibility without excuses.  Without qualifications.  What they had seen was, humility.  He didn’t blame her for asking him to do something else on a busy day.  He didn’t name reasons he had forgotten.  He simply said he blew it, let it slip his mind.

Kids pick up on such things.  Men, don’t ever be afraid to humble yourself before your family when you don’t complete or do something you said you’d do.  No matter how big, no matter how small.  Embrace the truth found often in Scripture: that what follows a display of humility is not humiliation – but honor.  God sees to that.  He has promised it many times – one for instance being Proverbs 15:33:

“The fear of the Lord is instruction in wisdom, and humility comes before honor.”

We want our families to think highly of us.  We want them to be proud of us.  At heart, we’re all proud men inside who’d like to be honored.  And there’s nothing really even wrong with us wanting honor, as long as it’s not obsessive; because we see in the Word that a wife and children ought to honor the husband and father.  But our problem is, we’d like to have honor whether we gain or show humility, or not.  At best, every Christian man is a proud creature trying to learn humility at the feet of Christ.  Desiring honor without humility is a common temptation.  But recognize it for what it is: it’s really not much different than people wanting prosperity without work; fitness without exercise; health without nourishment.  God has ordered the world so that these things go together!  Likewise with honor and humility.  Most of the time, you can’t have one without the other.

Rather than faking a pretend image of having it all together before your family, practice humility in their midst – and see what the response is.  Trust that you can take God at His word on this.