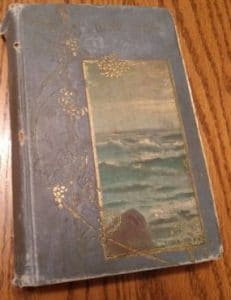 The classic that shouldn’t be

During my teen years, my mother would occasionally recommend books to me, out of a concern for my obvious disinterest in spiritual matters. She was deeply religious; I was not.  She was an active church member and an eager church-goer; I attended only due to parental mandate. Those teen years were decades ago, and of course, as a son should, I still feel a grateful debt of love to Mom for many reasons, not the least of which being her prayerful concern for my soul.

That said, one of the books she heartily recommended to me more than once was Charles H. Sheldon’s classic In His Steps.  First published in 1896 and having sold over 50 million copies since then, Sheldon’s book popularized the phrase “What would Jesus do?”   The plot, in short, revolves largely around a few key characters who take to heart their pastor’s exhortation to ask themselves that question as they make daily decisions, in particular in business and as touching their relationships with others.

Finally, at least 50 years later than Mom would have wanted, I picked up an old copy of In His Steps and read it during the first two weeks of 2020.  It was not without some heartfelt feeling that I read it from a ragged old, small hardcover copy belonging to Mom herself (pictured).

With the reading now behind me, I can see why a book that is focused on a self-evidently biblical theme (for, we are told that we should walk as He walked, 1 Peter 2:21, 1 John 2:6) was such popular reading during two generations in which true Christian faith was greatly on the decline.  For, to my great disappointment, I discovered that the book advocates a highly faulty definition of the vital topic: what is a Christian, after all? On this point, In His Steps misses the mark by a long shot. To the peril of those who read it, a fatal shot.

To even a casual reader, there can be no missing that Sheldon patently defines a Christian in two key ways: First, becoming a Christian is presented as forsaking bad habits and reforming one’s life to make it a habit to ask “What would Jesus do?” and then make decisions based on that criteria.  Second, being a Christian or living as one is posed as a lifestyle which is daily asking that same question of one’s self and again, using it as the guiding light of your choices.

I readily admit, as the verses cited above from New Testament epistles testify, the Christian life does call a believer to the imitation of Jesus Christ as one of the duties of the life of a disciple.  But to speak of this as the essence of becoming a Christian or as that which defines a Christian is to be gravely misled.

In 300 pages of this well-told story, the gospel of Christ’s grace is painfully absent.  The repeated encounters portrayed between any of the church-goers and the sinners of various wretched lifestyles always lack any mention of the most basic gospel facts: trust in the living Christ and His death on the cross for sinners is the indispensable step to salvation. Personal moral reform is what keeps coming up, which has no power to save anyone.

Whether it’s with the highly educated and refined of society, or among the ragged men at a rescue mission or the lady living under a bridge, anytime we reach out into the lives of the unbelieving to tell them about Christ, let our first words never be a call to start doing what Jesus do.  They must know that Jesus has done things for us that we could never do, that in fact we have no way to do or grounds to do.  He saves us. We cannot save ourselves.  It is His grace and forgiveness we need, not a change of behavior.

And when He ushers one into saving grace by faith in Him and His sacrifice for us, then we will start to see sanctifying changes, causing His people to walk in His steps.  But let’s never make that imitation the definition of a conversion or of a Christian, because that negates the most important feature of what Jesus is to us: the saving gospel of the grace of God.